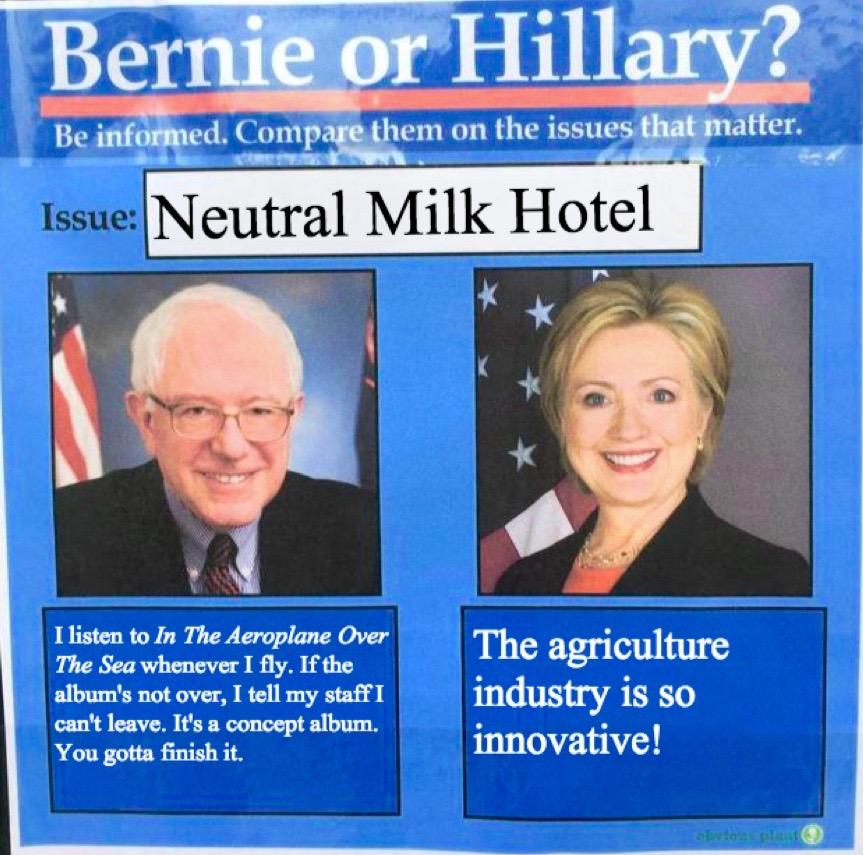 Everyone with a social media account and more than two friends or followers has seen political memes. They’re clever ways to convey a simple point, which can then be reiterated, with slight variation, by another person who laughs at the meme. The dankest meme now is “Bernie or Hillary?” (dankness is to memes what catchiness is to pop songs). Images of the two are juxtaposed and their opinions on a fictitious topic are contrasted. Hillary always has the lame and simplistic view; Bernie is portrayed as hip and insightful. But memes don’t have to function this way. Politicians can use memes as a communication and advertisement tool. By design, memes are one of the cheapest and most efficient ways to spread ideas, and they would make useful attack ads, especially since memes already have a largely satirical purpose. Since politicians have already begun to use casual social media outlets like Twitter, memetic proficiency might be the logical next step.

Memes are designed for efficiency, perfect for outsourcing the propagation of an idea. The original use of the word “meme” appeared in biologist Richard Dawkins’s The Selfish Gene. He argued that memes are the cultural equivalent of genes: “Examples of memes are tunes, ideas, catch-phrases, clothes fashions, ways of making pots or of building arches. Just as genes propagate themselves in the gene pool by leaping from body to body via sperms or eggs, so memes propagate themselves in the meme pool by leaping from brain to brain.” Of course, the common understanding of “meme” has nothing to do with biology. It has everything to do with internet culture, snide text overlays and viral pictures. But the fact remains: Memes are bits of culture, and the most successful bits of culture are those that favor their own transmission. Presumably, Donald Trump would love it if he could insert a Trump-loving gene into the gene pool. He can’t. However, anyone with Wi-Fi can insert an idea into the meme pool.

Insofar as memes play a role in political debates, they’re almost universally satirical, which is why politicians would be wise to use the platform to satirize opponents. For example, the campaign slogan of Tanzania’s new president, John Magufuli, was “Work and nothing else.” This spawned memes under the hashtag #WhatWouldMagufuliDo that made fun of this thrift. Or take India’s Prime Minister, Narendra Modi, who posted a picture of himself surveying the damage of a flood through his helicopter window. The picture turned out to be doctored. He was merely looking at the sky, nowhere near the flood. Then there was an outpouring of memes satirizing his lie — photoshopped pictures of him looking out his helicopter window at dinosaurs or waiting for his clothes to dry. In both cases, the idea being memed and propagated was simple: Magufuli needs to loosen up; Modi lied. Memes have the potential, then, to be an invaluable attack ad medium. All you need to do is float an idea and others will replicate and spread it on their own. 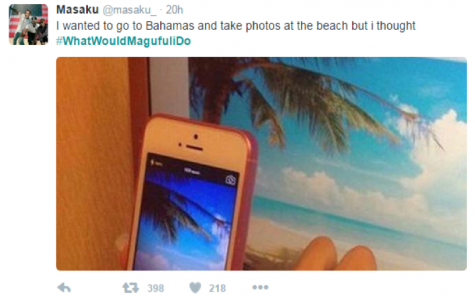 Memes can also function as something like online bumper stickers, flooding the lanes of social media with succinct positive endorsements. In the current American election, Bernie Sanders takes the meme prize. For instance, there are just over 184,600 followers of a pro-Sanders meme page called “Bernie Sanders’ Dank Meme Stash.” It’s an odd page because political memes usually take a critical stance towards their subject. I think this can be explained by the fact that it is rare for a sizeable chunk of those who circulate and read memes to have positive feelings toward one candidate.

But this appears to be the case with Sanders, who has a much greater positive-to-negative-meme ratio than chance. Sanders’s case, then, represents the positive potential of memes. According to Google Trends, since November, there have been 150 percent more searches for Bernie Sanders memes than there were for Hillary Clinton memes. It’s no surprise Sanders has such a lead with millennials, who make up the the bulk of meme circulators. 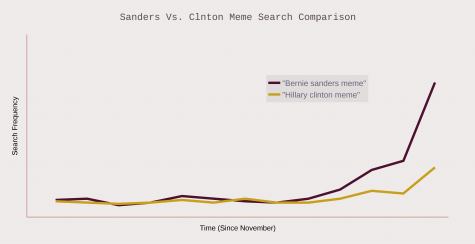 Memes are a cheap, easy and effective way to spread an idea. Both attack ads and endorsements could be memeified. And if politicians use Twitter, there’s no reason why memes won’t someday be in their repertoire. It’s true that as of now, I can’t see Hillary Clinton meeting with some lobbyist and being presented with a plethora of memes to choose from. Though, honestly, who would have predicted that Mike Huckabee would have over 420,000 Twitter followers? It’s impossible to predict what social media trends might take off with politicians. In theory, there’s little difference between a politician’s media team disseminating a meme through a Facebook page with the hope that it gets shared, or posting a YouTube ad with the hope it goes viral. All it takes is one brave soul with a daring media team to begin the true memeification of politics.