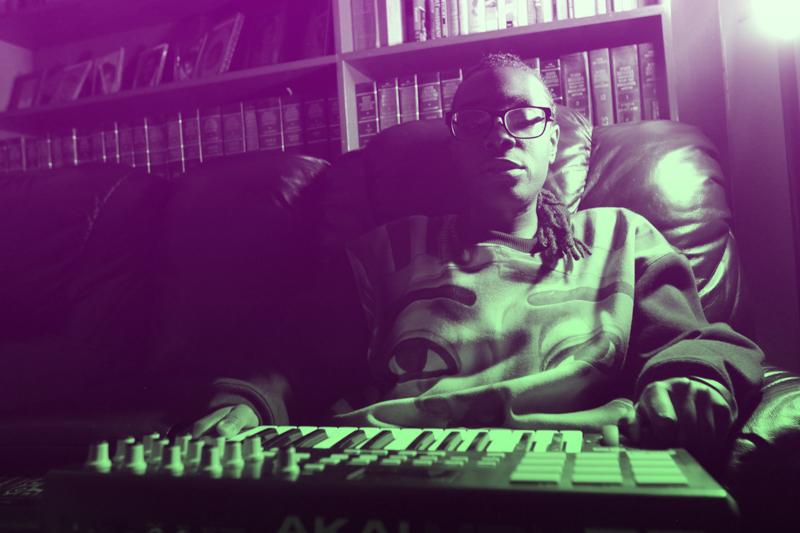 Courtesy of Will Glasspiegel

Electronic musician Jlin experiments with a keyboard. Jlin, who released her 2015 album Dark Energy to critical acclaim, will soundtrack the ’Sco with her mechanical yet highly danceable beats tonight.

Tonight’s Jlin show at the ’Sco will be the electronic music heavyweight’s first performance back in the U.S. after a long stint in the U.K., and one of her only shows before returning to tour abroad. With double-degree junior Sarah Snider providing an opening DJ set and interest in electronic dance music growing at Oberlin, the show should serve as a warm welcome for Jlin.

Jlin released her debut full-length album, Dark Energy in 2015, achieving a new level of popularity. The album was met with universal acclaim, receiving a Best New Music certification from Pitchfork and earning a spot on many year-end lists. The album was not only hailed for being one of the best electronic albums of the year, but also for exposing a larger audience to the contemporary Chicago footwork scene. Jlin pays homage to the genre’s roots while pushing it forward with new ideas and paving the way for footwork’s future.

The artwork for Dark Energy depicts a black, smoldering rock against a stark white background, alluding to Jlin’s day job working at a steel mill. In many ways, it is a perfect representation of her music. In typical footwork style, the album features lots of frantic hi-hats and skittering percussion, but it is also dark, repetitive and robotic. Jlin also frequently integrates vocal snippets into her songs. On the track “Unknown Tongues,” a distant, shrill vocal line echoes and repeats over and over again, intertwining itself with the beat. “Guantanamo” features the line “Leave me alone” eerily whispered again and again until it is interrupted by a blood-curdling scream. At first listen, the album may come off as catchy and danceable, but with repeated listens, it reveals itself as a deeply tense, winding exploration into some of the darkest crevices of electronic music.

Tonight’s show will kick off with a DJ set by Snider. Snider has been composing music since she was in sixth grade and DJing since her first year at Oberlin. She was already a fan of Jlin before being asked to be a part of the show. She cites diverse influences, including Holly Herndon, Kyoka, Shigeto, Alva Noto, Kaytranada and John Cage, as well as Jlin herself.

“Basically, any women in electronic music are super inspiring,” Snider said in a Facebook message to the Review. She opened for Canadian electronic music producer Jessy Lanza at the ’Sco in 2014 and has DJed at Drag Ball and Solarity. Last year, she also authored a zine titled “How to Treat Non-Male Identifying DJs: A Guide” to address lack of diversity within the electronic music and DJing communities.

“Her wildly unique and aggressive take on footwork really left an impression on me,” Krasnov said.

The decision to reach out and book Jlin stemmed from Krasnov’s desire to “get outside of [his] booking comfort zone.” In the past, Krasnov has mainly booked punk bands, including Big Ups and Palm. He cited “Guantanamo” and “Unknown Tongues,” as well as “Nandi” from the Free Fall EP, as his favorite Jlin songs.

Oberlin has explored a wide range of electronic music subgenres over the past few semesters with artists like Tim Hecker, Sophie and Grouper. Jlin should fit right in at the ’Sco and add to this impressive list of acts.