Off the Cuff: Kai M. Green, Author, Scholar and Activist 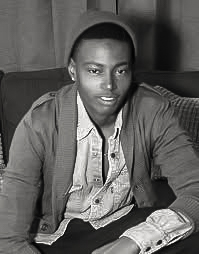 Kai M. Green is a writer, scholar, poet, filmmaker, abolitionist and feminist. He has a Ph.D., in English and American Studies and Ethnicity, and he has also received graduate certificates in Gender Studies and Visual Anthropology from the University of Southern California. Green is currently a postdoctoral fellow at Northwestern University in Sexuality Studies and African American Studies. He is active in the Black trans and LGBT communities.

What drew you to Oberlin and its community?

For people of African descent, I think it’s particularly important in this moment that we have spaces with one another and to hold each other, hear each other and listen to each other to understand how we can support one another. That’s one of the reasons I wanted to [be here] and see what’s happening in Oberlin, especially since I heard earlier about the demands that you all had come up with.

What else are you involved in related to this kind of work?

I am a part of Black Youth Project 100, the Chicago chapter. I work with the healing and restorative justice committees. We do a lot of work around internal grievances, internal conflicts within the organization. We’re dealing with issues like sexual violence and intimate partner violence. How do we sort of get ourselves together so we don’t reproduce the things that happen in terms of misogyny and patriarchy and other moments of black freedom needs?

For you, name-changing is a form of healing and self-care. What else do you consider to be a form of self-care, and what motivates you to come out and visit schools and host talks like this?

Self-care for me definitely involves running and exercising and meditation journaling. I really love self-care and I think it’s really important to keep ourselves functioning as a community. So that’s something I’ll be talking about tonight, the importance of self-love in terms of keeping our community together. Faith motivates me, the idea that there can be something different than what exists in this moment. What also motivates me is being around young Black folks who are trying to put new things into practice that they haven’t seen modeled before.

[People say] they wish they’d been born in [a different era], but we are absolutely in the right moment right now. There are exciting things happening right now. Of course we are inspired by these moments from the ’60s and the ’70s and the ’80s and ’90s that we don’t really talk about as being art of the Black freedom struggle. There’s something about right now that’s just really powerful, particularly if we’re thinking about capitalism, but we won’t talk about that.

How does the topic of name changing relate directly to experiences within the African diaspora and diasporic identities?

We used to have a group called Plain Blacks when I was an undergrad and it was just Black Americans. I think it’s really important to point out the nuances when [discussing African and African-American] names in the diaspora. Blackness has a different meaning depending on where you are. So a Black American in another country might have a certain kind of privilege that the native Blacks of that space may not have, and you get to see that dynamic working. It’s an interesting thing to grapple with, and I think that naming is a very important thing that happens, whether or not it’s a name that is given to you. Names have significance and power; particularly as someone who has a trans experience, my name is important to me because I have a name that I chose, and I chose it for a specific reason, which I’ll talk about later tonight. Specifically, if you look at the Black radical tradition, there has been a pattern where everyone has kind of changed their name. Part of saying, “I am a person who is self-determining” is about saying “I want you to call me by this name that I gave to myself.” We can think about Muhammad Ali and Toni Morrison. These are people who have changed their name and [with the intention of deciding] what they want to be in the world.

“How do I have power over who I am going to be in the world?” Part of this is about self-actualization, but I think a major part of it is about self-determination. I would say that it is amazing, and this is the crux of the whole talk tonight, being able to change your name as an individual is really important, and I believe in that, but it can’t just stop there. We’re not going to all be free if we all are able to change our names and our gender pronouns or whatever else we want to do; that doesn’t necessarily change the systems that create and construct how we can be in the world, especially if you think about something like the gender binary. If we think of a normal narrative of trans experience, it’s “I was born in this wrong body and I’m transitioning to be this other thing,” but I’m still sort of upholding the gender binary and moving from male to female or female to male. This erases and [obscures] this whole host of other beings and people and identities that don’t exist along the binary.