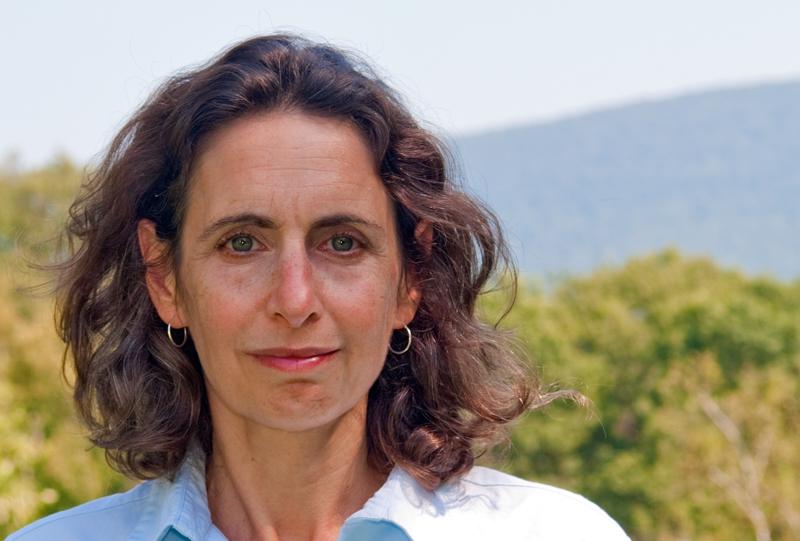 Elizabeth Kolbert began working for The New York Times as a stringer in 1983 and has written for The New Yorker for 15 years. For her work on global warming and climate change, she traveled to Alaska and Greenland to better understand the debate over global warming. Field Notes from a Catastrophe: Man, Nature, and Climate Change, which grew out of a three part series in The New Yorker, won the 2006 National Magazine Award in the Public Interest category. The Review sat down with Kolbert to discuss her career in journalism, the development of the industry, and the intersection of science and politics.

How did you start working with The New York Times in Germany in 1983?

That was way back in the day. I started working as what was known and perhaps is known as a stringer, which is someone who just goes out on the street and gets stuff to report on. Nowadays when you see a long list of people at the end of an article, some of those may be stringers, but in my day you were anonymous.

As someone who got their start as a journalist in the ’80s, how have you seen the industry change? For younger journalists who are trying to get their start, would you have any advice?

The journalism world is going through a tremendous number of changes — some would say a meltdown. There are fewer and fewer old-style newspaper and print vehicles left; more and more are cutting back, and everything has moved to the web, as you know. The problem with that, from the perspective of people who pursue careers in journalism, is that people have not really figured out a new model that is going to support

journalism on the web. It used to be big department store ads and other sources that supported journalism. However, on the web, people haven’t figured out how to make a significant amount of money or enough money to support a newsroom and the travel and all of the expenses that go along with collecting the news. It’s really a hard time, and if I had the answer for what was going to happen, I would be founding the next media empire. So I don’t have the answer, and my advice to young people starting out, wanting to be a journalist in this very fast changing field — my only advice is that they learn to have facility in a lot of different mediums. You know, the web and videos. Having technical skills will be very important going forward.

What originally interested you about pursuing a career in journalism?

I have always been interested in journalism. I worked on my high school’s newspaper, worked on campus magazines. Being a journalist is a very interesting way of relating to the world — you know, getting out into the world and learning new things, I always liked that. Part of how I became a journalist was chance in getting a job in journalism in a day when that was easier to do and just pursuing it.

How did you move from being a stringer, which seems to be more of an entry level job, to science journalism? You were able to make the topics accessible without a background in the field, is there a difference in style when trying to be objective about contentious issues like climate change? Did you find that you had to simplify anything?

Objectivity — which is something that journalists generally strive for — is, to a certain degree, a sort of complicated situation. My objectivity won’t reflect your objectivity. [A lot is] involved in terms of the question of whether I’m objective or not. For example, when I went to work on [my book] The Sixth Extinction, I was trying to find stories that were narratable. There are a lot of really interesting things being done out there. There’s a lot of interesting possibilities, I suppose, and hypotheses. People have all sorts of research going on which they view as interesting and important. In many cases they would be right, but for things that are difficult to articulate, I would say that they are not good stories. I was searching for a way to tell the big, overarching story of mass extinction and more permanent changes to the planet that we are affecting right now. I try to tell it in a way that [people would understand] and that involved a series of decisions about what I thought people were interested in. Those are the kinds of decisions I make as a writer; I try to write to a larger audience.

Has the success of your science writing surprised you at all? Will you continue with it?

Well, the success of the book did surprise me at various moments. When you write a book, you have no idea how it’s going to be received. I had a lot of breaks with the book, because you need other people to write a book. When you write a book, that’s one of the things you learn. You need other people who already have big audiences to take an interest in the book, and if that doesn’t happen, it’s really impossible for you to do it on your own. I was really fortunate in that way, and I still am grateful to people, like Jon Stewart who had me on — that made a huge difference.

Is there a way to be scientifically valid in a way that people will agree with without making a political statement at the same time? Can you have an effect on the discourse without making overtly political claims?

I wrote a book that did not have any overtly political claims and that was quite conscious. … Did it have an impact on the discourse? I’m going to say that you’re as good a judge of that as I am. You can think that it has implicit political claims, and that’s doubtlessly true, but what those are, we could spend a long time talking about. I quite consciously did not write a book in which politics were the central issue.

Over the period of your journalism career, have you seen politics sway the level of objectivity in your work or the work of your peers?

For a long time, people who were writing about climate change were bombarded with counterclaims of [ideas and theories]. They would create a false balance, scientists would say x, and you would find someone who disagreed with the scientific consensus and that would be called balance. I think that many people have looked at that [at a time of increased political action] in terms of trying to define where the center was and coming up with answers [that were] crazier and crazier means of countering what are unfortunately just facts. But, we have moved forward from that. Ninety-nine percent of all mainstream news publications just talk about climate change as a scientific issue, but politics definitely have been brought to bear on climate change as they have on very, very few other political issues. That’s a whole subject of many books: why that happened and how that happened. I don’t think that I can summarize that here.