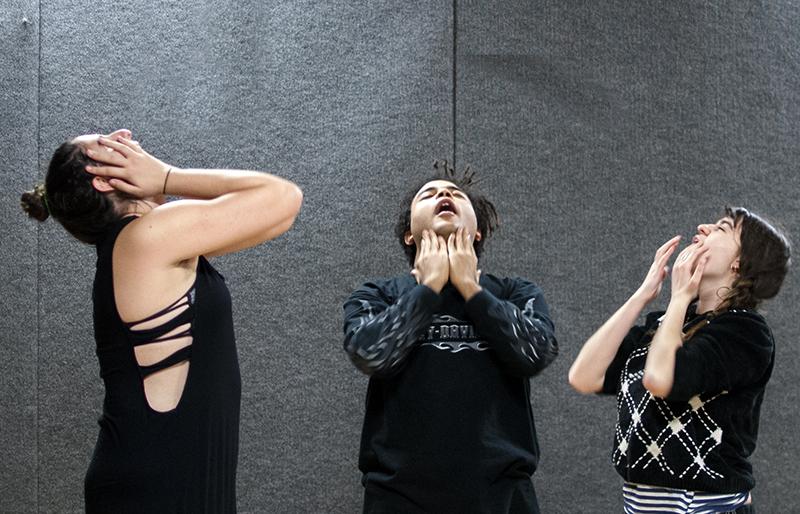 Sunshine Scouts staged a monoscene, or an approximately 30-minute long, realtime scene set in a single location. For this mono- scene, Scouts chose an underwater cave as the central location. The Scouts’ particular take on the monoscene form is uniquely experimental, characterized by the utilization of audience suggestions, improvised narration and the “scene painting” technique, which allows performers to “freeze” the scene, step out of character and describe a change in the scene.

Sunshine Scouts, which was founded in 1999 by current BuzzFeed contributor Kevin McShane, OC ’00, is currently preparing for the the Oberlin College Improv Conference. The conference will feature sets by McShane and guest performers from the Improv collective Upright Citizens Brigade, among others.