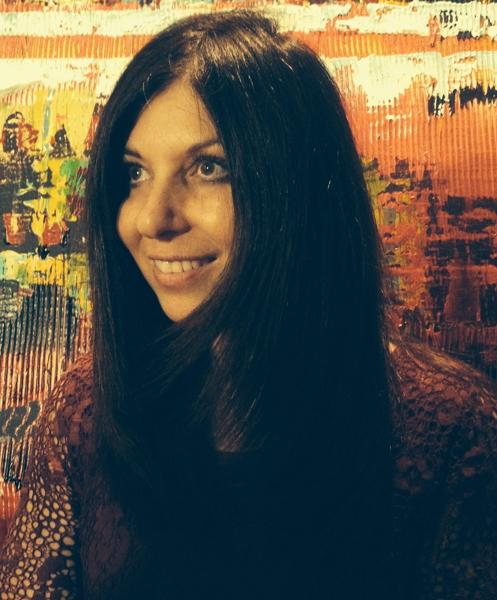 Adeena Karasick, who presented her poetry in Dye Lecture Hall last Thursday, blurs the boundaries between pop culture and academia in her multimedia performances. Her work draws on spiritual and mystical traditions and depends heavily on sonic elements of poetry.

Poetry has long existed as a multimedia art form. Homeric poems, for example, used to be performed with musical accompaniment. The relationship between poetry and other art forms was evident last Thursday in Dye Lecture Hall when New York-based performance poet Adeena Karasick wowed the students present with nothing but her voice, a projector and a glitchy microphone. Kazim Ali, chair of the Creative Writing department, introduced Karasick as a multi-genre artist working at the intersection of performance art, critical theory, Jewish Studies, philosophy, pop culture and Long Island princess feminism. Despite the big room, the small audience and the glow of the projector created an intimate atmosphere.

Karasick’s performance sounded like an incantation. As the poet’s voice shifted through different registers — from a mademoiselle’s snobbish drawl to a valley girl’s vocal fry to the guttural tones of a Shakespearean witch — it was as if one were witnessing a sorcerer cast a spell. The projector displayed a potpourri of variegated geometrical shapes and texts moving in space as Karasick spoke. They grew until they overwhelmed the screen, at which point a clear white background stung the eye and made room for the gradual process of saturation to begin anew. The whole presentation had an air of the macabre.

The spiritual pervades much of Karasick’s work, often drawing from practices such as Kabbalah, the Jewish tradition of mystical interpretation.

Her style, a sonic Slip ‘N Slide, is propelled by words gliding along an aural stream of consciousness. Take the opening lines of her award-winning collection, This Poem: “This is a poem / twittering with clotted shtick split with rusted access / synaptic axes, recessed metastics, elastic massacres of flossy früz fidgets / like a prissy pussy-poser / all pompous and prose-cute like / saboteurs of / a scarred antinomy, bonbon bouillon.” The poet even goes so far as to sprinkle her work with cross-linguistic forays into French — “Sipping a meme cocktail /of an en jeu jewey jouez” — and Spanish — “says ándale! ándale!”

During the performance Karasick explained that by letting sound guide her through the writing process, she subverts the notion that traditional modes of logic — with their emphasis on rational statements and syllogisms — are the only legitimate ways to make sense. If traditional poetry were an x-axis, Karasick’s work would be its y-axis, cutting through at a perpendicular angle. But rather than doing away with tradition altogether, Karasick is interested in blurring the boundaries between academia and pop culture, and between critical theory and performance art.

The performance included excerpts from Karasick’s books This Poem and Checking In, as well as from her upcoming book Salome: Women of Valor, a feminist revision of Richard Strauss’ one-act opera Salome. Wherein the original opera the eponymous protagonist is vilified as a murderous woman, Karasick’s version re-envisions Salome as a woman in love. Although Karasick’s work is grounded in theory, there is also something unapologetically gaudy about it. In Checking In, Karasick pokes fun at the snobbery of high culture by entangling it with mainstream culture with comical allusions such as, “Robert Frost and Jack Kerouac are on the road not taken,” and “John Cage is listening to The Sound of Silence.”

On the page, Karasick also takes a multimedia approach. Her poetry is often accompanied by bizarre poppy images, and her performances feature equally bizarre Rorschach-like projections of abstract color and text.

Karasick inhabits the outskirts of poetry; hers is a world of experimental poetry, and she deserves praise for pushing limits. But as often happens when approaching the edge of any field, the content becomes increasingly inaccessible. It was telling that the audience consisted mainly of Creative Writing majors. Karasick’s uninhibited incantation with a sonic, witty exuberance was a treat for a select niche. Even so, the idea that true art deserves the admiration of many to be justified is a slippery slope, an ironic notion when one’s subject is poetry. Karasick’s art doesn’t ask for permission to live; it simply breathes.