Player Of The Week: Natalie Rauchle 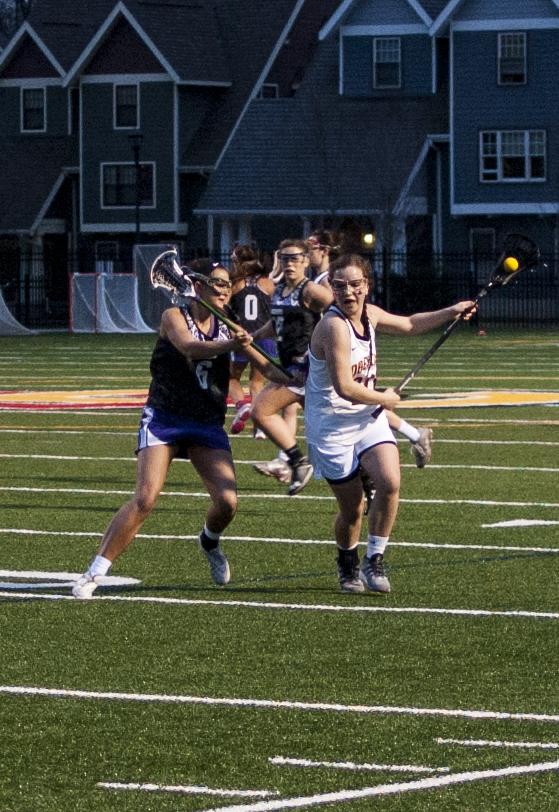 Sophomore Natalie Rauchle charges at goal last Wednesday in the Yeowomen’s game against the visiting University of Mount Union. Rauchle earned North Coast Athletic Conference Athlete of the Week honors after her 10-point week. The Edina, MN, native recorded nine goals and one assist in the Yeowomen’s games against Baldwin Wallace University and Sewanee: The University of the South. This week Rauchle had three goals in Oberlin’s loss to the University of Mount Union, marking the fourth consecutive game that she has scored three or more goals. Rauchle currently leads the NCAC in total goals and points, with 17 and 18 respectively. The Yeowomen are back in action Wednesday, March 16, when they host the John Carroll University Blue Streaks.