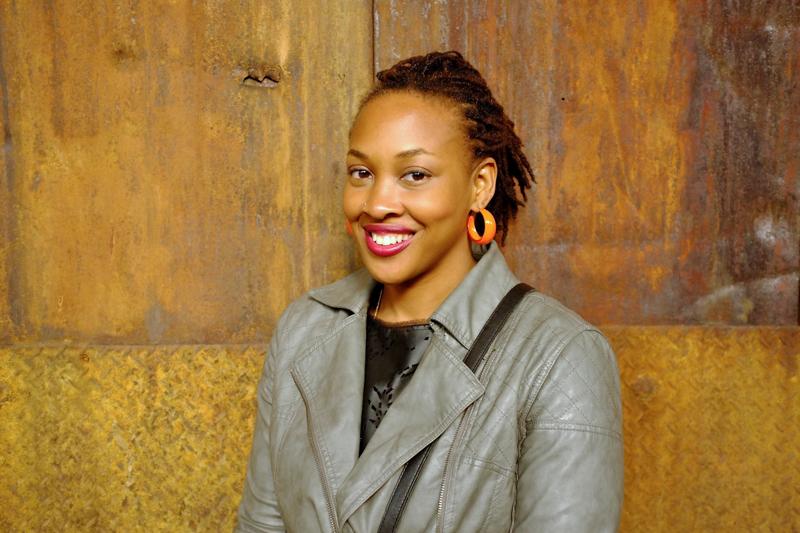 Visiting Professor of Creative Writing Naomi Jackson shared excerpts from her newly published novel The Star Side of Bird Hill at Afrikan Heritage House on Feb. 25. The novel focuses on themes of cultural authenticity, mental illness and immigration.

The Creative Writing and Africana Studies departments hosted Visiting Creative Writing Professor Naomi Jackson on Feb. 25. She read excerpts from her newly published book The Star Side of Bird Hill. The book, a coming-of-age novel that moves from Brooklyn to Barbados, was characterized by Jackson as “a meditation on the ways in which family can be really good and really terrible, sometimes in the same moment.” The book touches on, among other things, assimilation into a multiplicity of Black cultures in New York, cultural authenticity and mental health in African-American and Caribbean communities.

After several years of struggling to compose a novel from the perspective of Phaedra, the younger sister, in Bird Hill, Jackson started writing The Star Side of Bird Hill in December 2009. “[It’s] a story that was about Phaedra’s and her sister’s return to Barbados after their mother can no longer care for them,” Jackson said. And while Professor Jackson is of Barbadian descent and the work is true to her heritage and experiences, it is no way an autobiographical piece. “[The story was] certainly inspired by some real life events, but I wouldn’t say it’s my story portrayed in a faithfully accurate way,” she said.

Jackson went on to describe her creative practice, which marries structural planning and intuitive writing. “It’s a blend of the intuitive, spiritual, creative process and the very logical plotting out of things from point A to point B,” she said. She revealed that there was originally an outline for book, but as events transpired and scenes were written, the story began to take on a life of its own. “I think [the plot] has to have its own life, otherwise it’d be boring,” she said. “I think we have inherent limits to our imagination. … Junot Díaz talks a lot about, ‘If you don’t feel like you’re lost when you’re writing a book, then you’re in mapped territory, you’re in a place that someone has already found.’ … I think there’s a certain amount of anchoring in forming a world and plot but also openness. … There should be a process of discovery for the writer and the reader along the way.”

This explains why Jackson not only enjoys writing but reading as well. She has often sought out literature to find answers to the questions in her own life. “Growing up, I loved to read,” Jackson said. “Before I identify as a writer, I identify as a reader. … I went to stories not for the unknown but to figure out the questions around the things that bothered me in my life. … I think I started writing to figure things in my life I hadn’t been able to figure out.”

Jackson hopes literature has the same effect on her students, helping them to synthesize and understand the world around them. “I love seeing young people light up about literature,” she said. “I love books, and I love to turn young people on to things they wouldn’t otherwise read. I love opening young people’s minds up to new ways of looking at the world by introducing them to books.”

Associate Professor of Africana Studies Meredith Gadsby said having another creative voice on campus is valuable. “It’s always important to have another creative voice in the community that articulates a different vision, and I think she does that in her work,” Gadsby said. “I think for our department, we welcome and are always excited by other Black authors and scholars and thinkers who share with us their work. Overall, it enhances our experiences as intellectuals and as artists. And it enhances the experiences of students who then get to see another facet of the kind of work that we do and the work that we’re engaged in and committed to.”

Currently, Jackson is in the process of writing her second novel, a screenplay and a short story. She hopes to make significant headway on each of these projects before the end of the semester. Gadsby said this makes Professor Jackson’s time at Oberlin all the more valuable. “I think it’s fantastic that we get to see an artist at ground zero,” Gadsby said, “to see an artist producing her first novel and to walk with her along that a bit as she shares that work with the world and embarks on her second novel. So it’s just a very exciting place to be.”