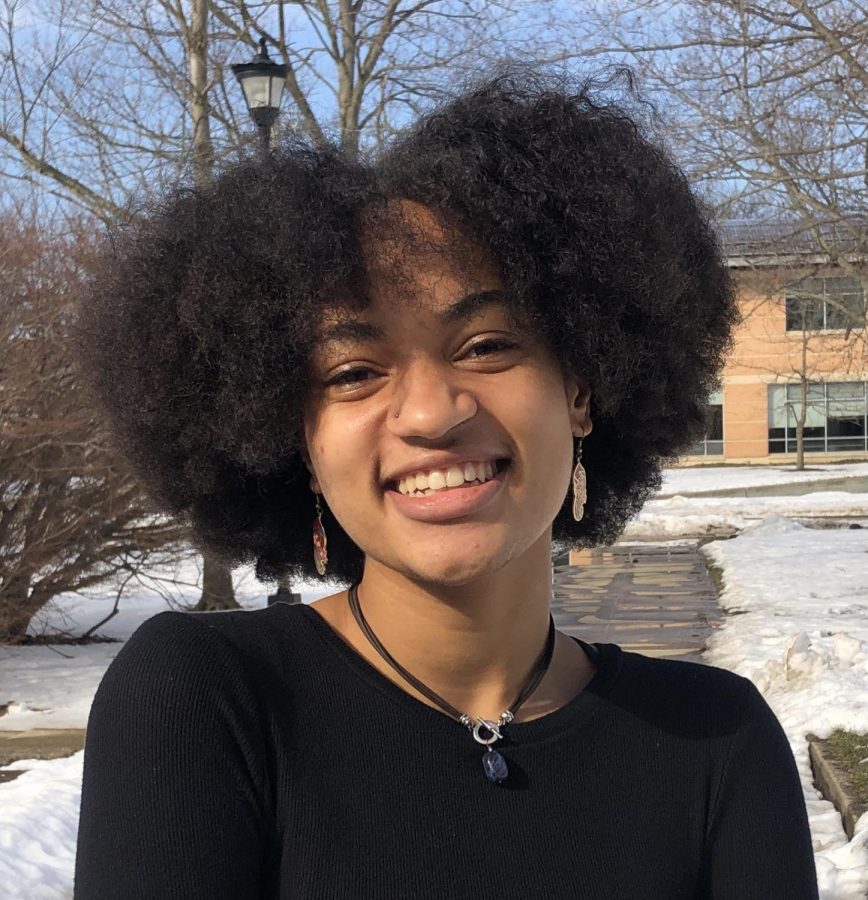 What inspires you to create?

I am inspired by everything around me! The whole world is full of so much beauty — people are beautiful, trees are beautiful, sharing meals and moments with loved ones is beautiful, and there are endless possibilities to express creativity that come from within us, our relationships, and the land we commune with. So much of my energy though comes from the Black artists before me who have created and named who they are. There are so many violent forces working against Black women and non-binary people in this world, and choosing for ourselves to create anyway — claiming that joy through our art — and seeing each other do that is revolutionary to me.

What is the function of your art?

Art is how I make sense of the world and my place in it. Not only does it become this transformation of thought and passion and purpose from within myself, but it becomes something I can share with others. In my music and acting — and recently dancing — artistic expression becomes a liberatory act, this space created within my body that can transform and heal my present. In my writing, it has also become incredibly important to me to bring life to the unseen, and write the stories of those forgotten. So many of our ancestors’ stories have been hidden, and those of Black and Indigenous people today whose lives have been taken, and I feel I have to let them speak through me and guide the work I create.

What roles does artmaking play in your life?

Artmaking is like a friend I might not always see, but who I know I can always count on. One medium I have really been gravitating toward over the last few years is playwriting. I realized that I think in dialogues most of the time, especially having struggled with anxiety since I was little. I’ve been in so many social situations where I felt like I should’ve said something, or didn’t say what I meant, and being in that moment can feel so paralyzing. But writing dialogues for characters gives this freedom to play around with what could have happened, what I’m capable of, and create a new reality. I also love watching how other people in my life make art; everyone from my friends in the conservatory, to the flawless way [Professor of Africana Studies and Chair of Theater] Ms. Caroline Jackson-Smith teaches a class, to my mother cooking in the kitchen.

Would you say your artmaking is a healing experience?

I think the journey of making art can be healing, especially when it’s shared with other art makers. But it can also be strenuous and demanding — mentally, emotionally, spiritually. When I am writing about my own personal traumas, or bringing life to the trauma of others, it can get really scary. It’s like facing down ghosts. The emotions can feel so overpowering that sometimes I want to pull away completely, but it’s often something I just have to write. And I think the healing begins once I’m able to share with others what I’ve created. The works of art I make are pieces of me that I couldn’t communicate any other way. Making it isn’t the last step — the piece blossoms when other people can read it and listen to it and feel it, and interpret the work for themselves and breathe new life into what I needed to let go of. This has really sparked my fascination with art therapy and the use of art for healing from trauma.

Where do you want to see your art?

It would mean the world to me if my work were published alongside the works of my greatest influences in a collection that could be gifted to young Black girls around the world. It’s so important to me to be able to bring my art to classrooms and learning spaces where students can feel empowered to write and perform their own stories! I make my art for the people, so I want to see it in the streets, in children’s hands, and hear it coming through my friends’ earbuds. I want people to see themselves in my work. That’s all I could ever ask for as an artist.

How do you begin your creative process?

My creative process is very spiritual and comes to me when I feel moved. When it comes to making a piece, I think taking time is so important for me. Some things happen very quickly, almost instantly, and then other pieces I need more time to expand the idea. The more I’ve been learning about Afrofuturism, it’s amazing how time becomes nonlinear, and something that can be morphed and transformed. When I start making something it might take me a long time, but it was actually just the right amount of time I needed with a piece and it becomes this other world between me and the work I’m creating.

Who are your influences and inspirations?

There was always music playing in our house, although my parents weren’t musicians. They’re both educators, and they often spoke through songs; my dad literally speaks in jazz. For my musical inspirations, I have always admired gifted vocalists like Sarah Vaughan, Billie Holiday, and Roberta Flack. As I have begun to understand my own artistry, I have gravitated toward women instrumentalists and songwriters who have crafted their sound like Lianne La Havas, H.E.R., Alicia Keys, the folk legend Odetta, and the artist who has shown me the most about myself: Nina Simone. Her work was for her, and therefore became for other people, and for the revolution, and she never apologized for that.

For my writing, Toni Morrison is the absolute blueprint; she is one of the most important writers in my life. Her writing has shown me worlds I could only dream of and she is another artist who has shown me parts of myself I didn’t know were there. Audre Lorde, bell hooks, Angela Davis, Maya Angelou — these are some of the other giants in my life who have influenced me, and not just because of their tremendous influence in this world, but because I adore how they wrote their stories into existence. Someone else who I have felt so close to recently is Ntozake Shange. She created a whole new language to speak her story into existence, and because she did that, I have found parts of myself in her magic. She is also an unapologetic Black feminist and playwright and dancer, and expressed her whole self always, and that is so inspiring.

To what degree does your art reflect the world around you?

As an artist, I feel that everything I create is a reflection of the world around me, but it’s also a way of filling what I think is missing in the world around me. I have become enamored with the balance between reality and imagination. Women like Harriet Tubman and Sojourner Truth had to dream themselves free to create a present that was not just the condition of enslavement in the U.S., but a reality that felt worthy of their breath, so what becomes possible or impossible when we are only reflecting the world around us? Which makes me think of what Toni Cade Bambara would say the role of the writer is “to make revolution irresistible.” With my words and my music, I can create a future that envisions where I want my people to be. There’s a Nina Simone song called “22nd Century,” and wrapping my head around her writing that in the 20th century just amazes me. She’s not just looking into the future to see me sitting here today, but she’s looking to the generation after us and after that. She’s an artist known for showing reality, but for Black artists, we have to be able to dream of a world where we are not just victims of racial violence and trauma but manifestations of joy and strength and healing.