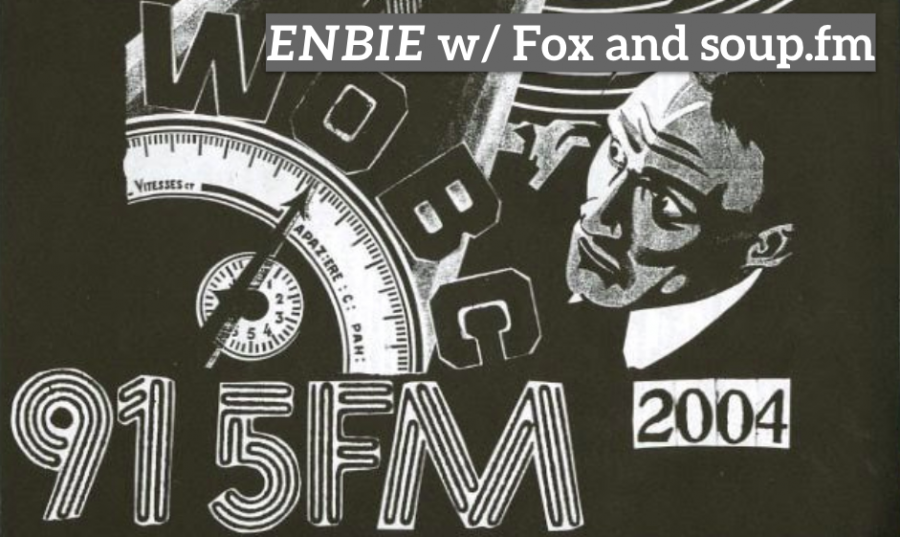 What is your show about, and how did you choose your content?

Our show is a talk hour where we kind of just go on tangents about our experiences as nonbinary trans people. We also interview guests who are trans and/or nonbinary, and play music by trans artists. Our show is really inspired by a podcast called EN(BA)BY by Gara Lonning that we both really like and have been listening to a lot lately, which is also about trans experiences but has more of a listener Q&A format. I think we both wanted to try out the podcast hosting thing and felt somewhat confident in our ability to come up with gay banter.

So far we’ve beel alternating between live in-studio episodes, where we just come in and talk/play music, and pre-recorded and edited interviews. We do the interviews over Zoom and ask our guests some various fun gender-related questions to kind of get the conversation going, and it usually just flows from there. I come in afterwards and edit it down to an hour, which is pretty fun but also time-consuming.

What has been a challenge you faced while broadcasting this semester? A success?

Editing podcast episodes takes much longer than I expected it to. It’s like real-time radio hour times at least two. It’s also hard to do interviews over Zoom, because it poses so much extra audio work syncing things up and making sure everyone’s quality sounds okay, or similar enough to exist in the same space. One thing that’s gone surprisingly well is the content itself — we’ve gotten to touch on some really cool and nuanced gender thoughts and I think it’s been super productive for us and our interviewees. We’ve even had some listeners say the show makes them feel validated or encourages them to think about their gender in new ways, which is kind of the best feedback you can get.

Can you provide a sample that gives us a taste of what ENBIE is about?